Submit a Tip
Tip Follow-Up
Mobile App
If you have any information about these crimes or any person(s) involved, you are urged to call Crime Stoppers or submit a Web Tip.

Victoria Crime Stoppers is looking for information about a missing person. Bobbie Lee Holster, of Lavaca County, is a 56 year old white male. He was last seen in October of 2017 in Victoria, TX. Holster is 5’10” and 260 lbs with brown hair and blue eyes. He was reported missing by family to the Victoria County Sheriff’s Office.
If you give information that assists with this investigation you could earn a cash reward.

Victoria Crime Stoppers is requesting information regarding the disappearance of Antonio Vela Jr.  It has been over four years since Vela disappeared, on June 15, 2017.

He was 36 years old, 5’9” and 175 lbs at the time of his disappearance.  He was last seen at a local business.  His vehicle was found outside the city limits of Victoria, in Victoria County, the next day. 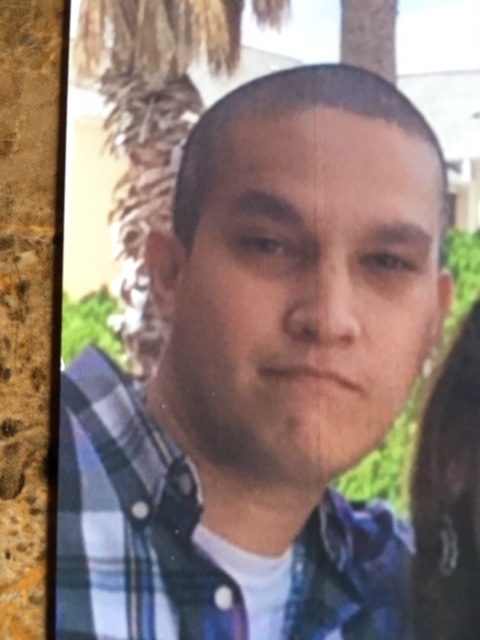 On October 4th, 2015 at 7:31 PM officers responded to the 900 block of S Navarro St. in reference to a shooting.  Officers located 22 year old Leroy Sanchez dead in a front yard at this location.

On December 04, 2008 at 08:08 am, Walter Arnold Sr. was found dead in his home at 701 Morning Glory Dr. He was 68 years old. Investigators with the Victoria Police Department believe this death is a murder and continue to investigate.

On November 12, 2002 at 12:38 am, Kennan Burden was killed on the 100 block of East Basin St. He was 25 years old. The Victoria Police Department continues to investigate this murder and asks anyone with information about the death of Burden to contact Victoria Crime Stoppers.

On December 5, 1976, John Lawrence Godfrey was reported missing by his family. His vehicle, a bluish green station wagon was found later that day on the 300 block of E South St. Two days later, at approximately 10:20 am, Godfrey’s body was located on Hiller Rd. His death was ruled a homicide.

On June 23, 1976, the body of Eloise Watson was discovered in an apartment on the 200 Block of E Commercial St.  Watson, an 84 year old white female, had last been seen alive approximately 4 days prior by tenants of the apartment building.  An autopsy confirmed Watson had been murdered. 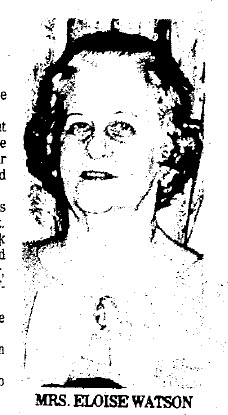 On January 8, 1973, at approximately 7:05 pm, an unknown assailant attempted to rob Sam Towell at his business on the 100 Block of E Water St.  Towell died later that evening at Detar Hospital, succumbing to injuries sustained during the robbery.

*Pictures courtesy of the Victoria Advocate

On October 21, 1970, at approximately 1:00 pm, Lynn Holeman Dean was found dead at a liquor store on the 2300 Block of Port Lavaca Dr.  Officers with the Victoria Police Department discovered her body while investigating a robbery of the store.  Dean was a 24 year old white female who worked at the store.

*Pictures courtesy of the Victoria Advocate 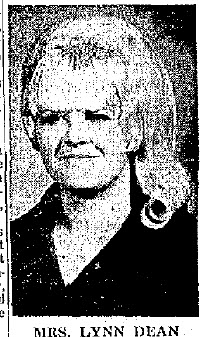